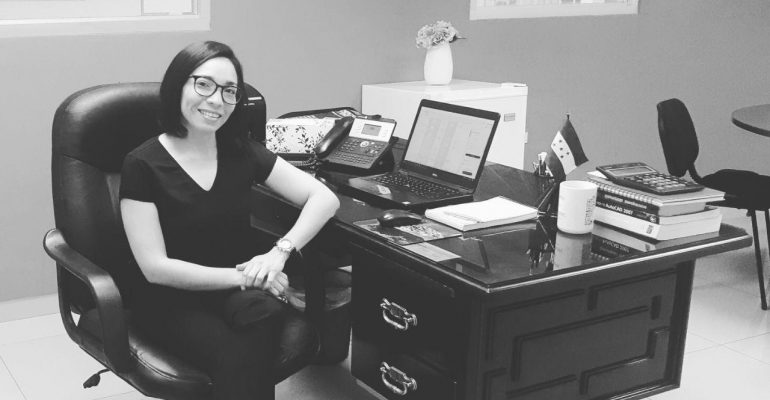 What can I do for my country?

This was the constant question that accompanied me on the long trip from Tegucigalpa to San Pedro Sula, one afternoon in April 2019. Although my eyes were fixed on the beautiful pine green landscape offered by the imposing mountains of our country, my mind was on the words I had heard from various Honduran intellectuals; with whom the founding members of ADH had had a series of conversations in the previous days about the difficult situation in the country. At the same time, I reflected on the findings of the ERIC-SJ’s public opinion poll of 2018, which pages showed worrying data that, even today, pose a danger to the fragile Honduran democracy. At the end of that trip, I decided not to leave that question unanswered.

In a country with a deep institutional crisis, where the population has little or no trust in its rulers and in which the three powers of the state are fiction rather than reality; Active and effective citizen participation in the public life of Honduras must be the spearhead of our nation’s reform movement, and its daily presence in the support of our democratic processes, one of the main indicators of a transformed Honduras.

To achieve this objective we must overcome several challenges, but without a doubt, two of the main ones are the education of the population in political culture and providing sufficient spaces to accelerate this process. As a resident of the north coast who has worked in the private sector, the search for these spaces and for this type of knowledge was fueled by my concern regarding increasing rates of corruption and impunity, which directly affect me as a taxpayer citizen and have awakened a desire to help our country get out of the Tartarus in which corrupt political and economic elites have submerged us. However, I write these lines from the privilege of having obtained a higher education degree, which in turn allowed me to delve into fields of instruction on national issues. Most of my compatriots live in adverse circumstances such as extreme poverty, having few possibilities to access this type of training, which I understand today is a pressing need to have within their reach so that they can cultivate critical thinking from a perspective of the political, economic and social problems that Honduras suffers and that together we need to solve.

Through a process of constant training that must reach urban and rural areas, we will be able to empower more Hondurans and add them to this effort to transform Honduras, an empowerment that several civil society organizations, including ADH, have already begun to promote and that fills me with hope that a better future is possible. While it is true that the necessary changes will take time to achieve, I am sure that with the efforts already under way, we will begin to see the casting of a more informed vote and a population that will be more strategic by demanding transparency and accountability from the authorities. The endemic corruption reflected in the management of the Covid-19 pandemic and the lack of planning that aggravated the damage caused to the economy after the impact of two hurricanes, are some of the symptoms of the institutional and leadership crisis that Honduras suffers; which can be avoided if we strengthen citizen participation mechanisms in decision-making at the governmental level. This is what a new administration must aim at to restore the health of our democracy, the trust of the Honduran people in public institutions and the rule of law.

The Honduras I dream of, that transformed nation, is one in which every citizen has the freedom to participate in the full exercise of their duties and in the demand of their rights without fear of censorship or repression. A Honduras in which our children want to feel constantly connected to their country, as the famous Honduran writer Froylán Turcios expressed so eloquently when he said “… I will join your energies; and at home, in society or in public business, in any aspect of my destiny, I will always bear in mind my inescapable obligation to contribute to the glory of Honduras.”